I’m bringing this oldie but goodie back from the archives! I have a lot on my plate this week and the “magic of some impossible things” is exactly what I need. How about you? 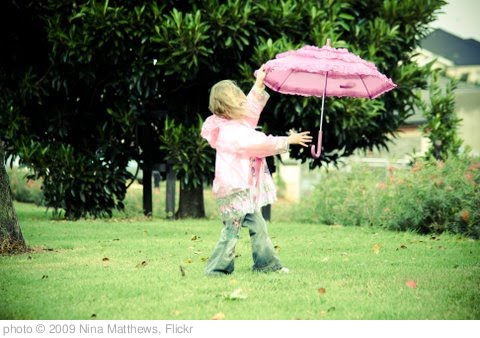 There is no use trying,” said Alice. “One can’t believe impossible things.” “I daresay you haven’t had much practice,” said the Queen. “When I was your age, I always did it for half an hour a day. Why, sometimes I’ve believed as many as six impossible things before breakfast.” ~Lewis Carroll

I started Creativity Week off by putting my four year old daughter in charge. This was pure genius on my part. As a result I have been carefully watching  my girl as she goes about her day. From the moment she wakes up her mind is concocting elaborate scenarios in which she flies, does magic, builds castles, morphs into a cat, birdie or Sasquatch. Nothing is beyond her reach. When I ask her if she really can do these fanciful things she usually responds with “I can do anything.”  (Corollary to “I know everything!” which I explored over on The Everyday Mommy blog) , immediately eliminating any errant wisps of impossibility.

I asked her what impossible means. “Impossible means people don’t think they can do it. But they really can if they keep trying.” She followed up that inquiry with, “Do you know what exasperating  is?”  I replied, “What is exasperating?” to which she said “Let me show you.” She then spent some time struggling to poke a pipe cleaner through some particularly thick paper and  declared “Doing this!”  Then she followed up by asking me to help her.

She did not continue the conversation, instead she said, “I am making something new.” and went about gathering materials for some new invention. I like to think that by asking for help she was proving that her “exasperating thing” was possible. Immediately I began to wonder how many so called impossible things are really just exasperating, waiting for the right person to unlock the magic.

“To believe a thing impossible is to make it so.” ~French Proverb

“Never tell a young person that anything cannot be done. God may have been waiting centuries for someone ignorant enough of the impossible to do that very thing.” ~G. M. Trevelyan

In the case of the four minute mile, that person was Roger Bannister. Before he came along in 1954 to reach that milestone, it was wildly believed the human body’s physiology wasn’t capable of such a feat. Claims abounded that a person’s heart would explode if pushed that hard. After he beat that previously believed impossible record dozens of people soon followed suit. The current record holder, Hicham El Guerrouj of Morocco, did it in 3:43.13. His record has been standing since 1999. Does this mean the new record is impossible or just exasperatingly difficult ?

I think I’ll side with my daughter on this one.She has some good company!

“There is nothing impossible to him who will try.” ~Alexander the Great

What impossible dreams are you working on?